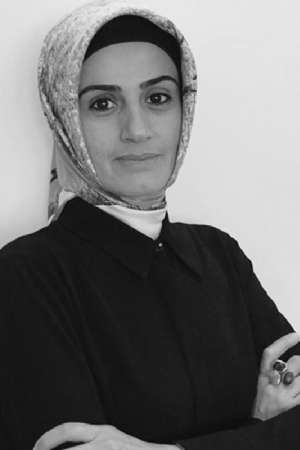 She was born in Malatya, in the year 1981. She has finished her primary and secondary education in İstanbul. She has studied History at Uludağ University in the Science and Literature faculty. She has received pedagogical formation training from the Education Faculty of the same university and joined the education staff of the country. She has received her calligraphy diploma from England-based The Calligraphy and Lettering Arts Society (CLAS). She continues her calligraphy journey, which began in 2015, with Emrah Yücel since 2017.