WHERE IS WRITING GOING? 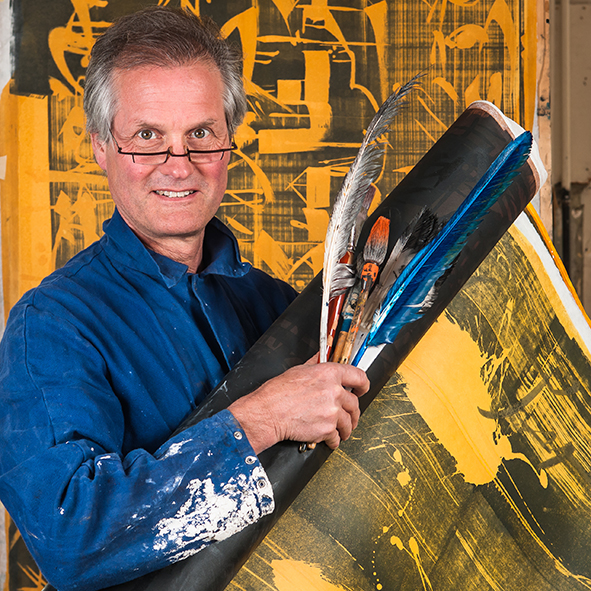 We all write, or at least we have all learned to write. All over the world children are taught from an early age to shape letters with pencils and pens; or to form characters with a pointed brush and ink. Writing is considered to be one of the foundations of civilization and the basis of civil society.  We write to communicate with each other, to pass on ideas to future generations and to develop our own minds and spirits.

But we write much less than we used to. The keyboard has replaced the pen. We may learn to write with pen and paper as children, but most of us have moved on to other technologies and rarely pick up a pen or brush.

This technological shift is having profound consequences on societies around the world. Recent studies have shown that most Chinese can no longer write many basic characters. They can read them and, by typing them into their computers and phones in pinyin (Latin letter spelling of Chinese) can conjure them from their devices. But asked to write a Chinese character that they use every day, without the aid of Latin letters, they are often unable to complete the task.  We see a similar situation in cultures that use alphabets.  Children now spend much less time learning to write properly and often have such poor handwriting that teachers prefer essays and homework to be typed and printed out. In the West, teenagers claim that they cannot read cursive writing. This presents us with a dilemma that is all too familiar to Turkish citizens, who cannot read anything in Arabic script and are therefore cut off from a great deal of their heritage. All over the world the recent past now seems like the distant past as new technologies separate us from written documents.

This all may seem an unavoidable and quite natural technological evolution. And indeed, it does not look like we will be able to reverse these trends in the near future.  It is not a priority to many people, even to many teachers. The fine motor skills that were gained along the way are now replaced by other motor skills, perhaps less fine but adequate to type on the minute keys of a smartphone.

So it is fair to ask, what is writing in the 21st century?  Is it another ancient craft that will go the way of hand-weaving, turning pots on a wheel, making paper by hand?  In other words, will handwriting be relegated to hobby status? This would seem to be the case for calligraphy in the West. In China and Japan the importance of calligraphy as a historical art form means that it cannot, for the present, be categorized as a mere hobby, with the pejorative sense that this word often has.  But it has lost the central place it occupied in Chinese culture for 2000 years.  The picture is slightly different in Arab/Islamic countries, where calligraphy remains the supreme artform for the faithful.

The question is this: "If we do not need to write, then why should we do so?" Neuroscientists will answer this question one way, teachers another, calligraphers yet another. The scientists point to studies that clearly show that learning is more efficient and profound when notes and ideas are recorded by hand rather than on a keyboard. In other words, if you write, you learn better. The science here is undeniable. Teachers who still understand how to teach handwriting properly state in no uncertain terms that children and older students can organize their thoughts better if they put them down on paper with a pen. They give physical form to letters and to the page and thereby create mind maps that help them to structure their thoughts. When asked about the value of handwriting, people who still practice regularly often say, "It helps me to remember things."

As for the calligraphers, it is obvious that they will claim a great role for handwriting and its elegant sister calligraphy. They know that making beautiful letters is a joy in itself. But they know more than that. Through long experience, calligraphers recognize their art form as a supremely efficient way of learning design skills, of building a sense of proportional judgment and of calming the soul in order to go deeper into a text, into the meaning of language.  Calligraphy remains an important part of the training of typographers, though much less so for graphic designers. This situation needs to change, since the hand-eye nexus required for calligraphy is the best training ground for many aspects of graphic design.

I would like to suggest one more reason for continuing our long traditions of calligraphy. And that is this: calligraphy and handwriting are universal activities.  Virtually all cultures have practiced them in their long histories, each culture in its own unique way. Calligraphy, more than painting, unites mankind. The written word is central to civilization. Calligraphy is the skilled presentation of the written word. Around the world calligraphers are beginning to recognize that they are a global brotherhood. What better way to come together in difficult times than to honor each other with our calligraphy?