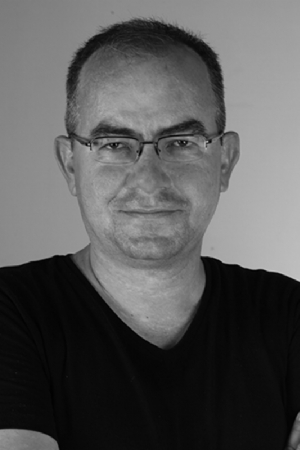 Ibrahim Kuş was born in Konya in 1977. He completed his primary and secondary education in Egirdir, Isparta. He graduated from Suleyman Demirel University, Fine Arts Faculty department of Graphic in 1999. During his studentship he received thuluth mesk from calligrapher Adem Sakal. He held conferences and workshops on Arabic and Latin calligraphy in many cities in Turkey and various countries. In year 2000 he received second prize in poster competition of Turkish Armed Forces. He currently continues academic and art studies with doctorate education at Suleyman Demirel University.  He is married and has two child.