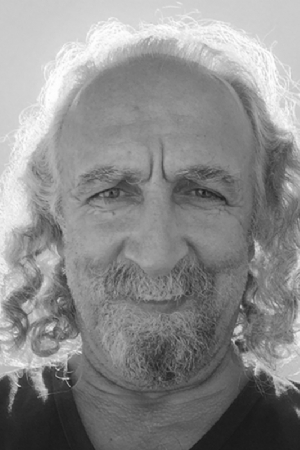 Mr. Sarıkavak was born in İstanbul, 1961. Since 1978, he had worked in many advertisement agencies and design offices. He graduated from Gazi University, Faculty of Education, Painting Teaching Programme, Department of Graphics, Animation atudio in 1983. He started working as a research asistant at Hacettepe University, Faculty of Fine Arts, Department of Applied Arts Field of Graphics in 1985. He recieved his master degree in 1988, by the thesis named “Airbrush Technology in Graphic Design, Posters Done by Airbrush Technique” and he became a lecturer in the same year. After he completed proficiency of art program in 1993 by the thesis named “Design Principals in Cultural Posters, Cultural Poster Studies”, he was assigned to academic staff as professor assistant in 2002. Finally, in 2012, he was assigned as Proffessor.

Sarıkavak had been instructing many lessons like Basic Art Education, Basic Graphics Education, Computer Based Design, Illustration and Graphics Studio since 1986; recently he has been intructing Drawing, Lettering, Calligraphy and Graphics Studio (Graduation Projects). Beside Hacettepe University, he gave lectures in both Başkent Atatürk Universities. He recieved 10 (first prizes and mentions) awards in the poster and stamp contests between 1986-1994. Afterwards, he recieved many awards from several fields of design and art. He has participated over 70 group exhibition adn 7 personal exhibition since 1987. Over 60 pieces of his essays and translational essays on poster design, book and cover design, graphic design and typography are published in many periodicals, including over 10 refereed journals. Sarıkavak has published 8 book since 1988, 5 of them that published after the year 2000 are currently in the market. He is stiil working as a lecturer in the same department.