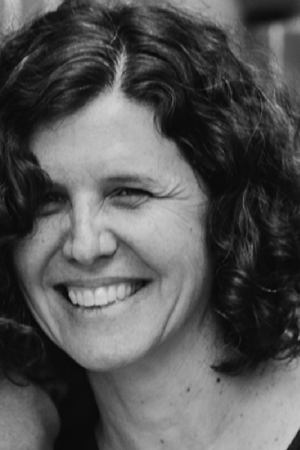 Betina Naab was born in Buenos Aires, Argentina, in 1972.

She obtained her Graphic Design degree at the University of Buenos Aires and also took painting lessons which influenced her style deeply. Her formal training in calligraphy started in Buenos Aires and continued at Roehampton University in London, England. She trained under Ewan Clayton, Margaret Daubney, Sue Hufton and Hazel Dolby and went on taking workshops with different calligraphers from USA, England, Italy, Japan among others.

She currently works as a calligrapher, designer and teacher at the Roballos Naab studio in Buenos Aires, founded with María Eugenia Roballos in 2003. Together they teach calligraphy at the Typography Master at the University of Buenos Aires. Betina also runs the "Experimental Typography" subject for graphic design students at UCES University.

She regularly teaches workshops at other universities and associations from her country and abroad, like Japan, UK and Italy, where she has also exhibited her work and talked at conferences.

Her artwork has been featured in magazines like "Letter Arts Review" and in several books like "Mastering calligraphy" as well as on numerous websites and blogs. She often participates at exhibitions in Argentina and abroad and loves to experiment with handwritten letters on all kind of surfaces and tools.