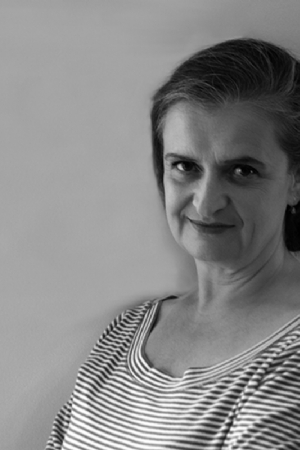 She  was born in Izmir in 1966. She has graduated from Boğaziçi University, Department of Psychology in 1990. She studied at the University of Louisville, KY-USA. She was accepted to USA high school program in 1983-84 with AFS scholarship. It was the first time that she has come across with calligraphy in those years and admired this art. She has tried to learn and write calligraphy with her own efforts. During her university years, she has conveyed her knowledge to students at the Fine Arts Club. After a long working life in advertising industry, she decided to focus on calligraphy more seriously and took lessons from Erhan Olcay. She attended calligraphy workshops given by well known international calligraphers like Denis Brown and Luca Barcelona.