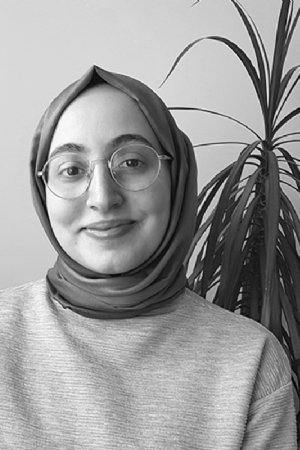 She was interested in drawing and handlettering since her childhood. This interest led her to take calligraphy classes. She started her calligraphy journey with Erkam Malbeleği and continued with Erhan Olcay at Küçükçekmece Traditional Arts Academy. In 2017, she received advanced level certificate of calligraphy from Calligraphy and Lettering Art Society (CLAS) which is an international society in London. She attended calligraphy classes of worldwide known calligraphers such as Yves Leterme, Denis Brown, Ewan Clayton and Luca Barcellona. She also attented online watercolor classes of Alex Hillkurtz. She participated in various group exhibitions.

She continues her works by combining calligraphy with watercolour art. Meanwhile, she gives calligraphy education and workshops in official institutions and online.